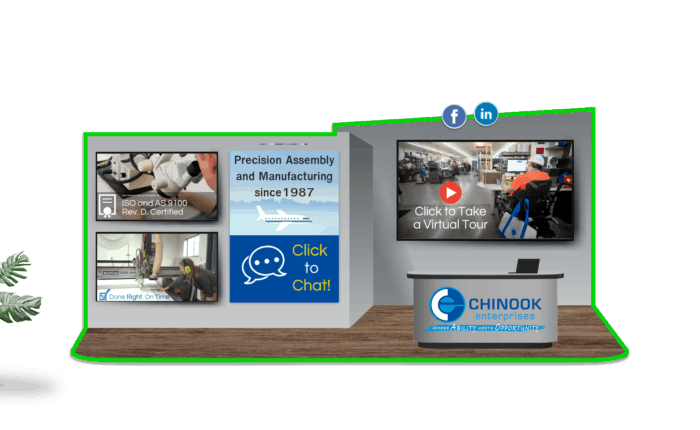 In February representatives from Chinook’s production team attended the region’s first virtual aerospace conference hosted by Pacific Northwest Aerospace Alliance (PNAA). Also in attendance were hundreds of companies from all over the world including some of the world’s largest airline manufacturers and suppliers. 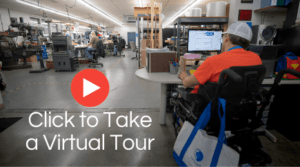 “We jumped at this opportunity,” explained Nikki Wegner, CEO, “PNAA’s virtual platform was impressive. It allowed us to showcase our capabilities and network on a global level from the comfort of our own offices.”

In a nutshell, the platform gave Chinook a customizable virtual booth space in which photos, videos, chat, and engagement tools could be integrated.  The entire conference had a virtual reality feel with attention to details like the sounds of people chatting in the large lobby, as well as real-looking photoshopped people, plants, and  Northwest scenery outside the convention center’s large virtual windows.

All in all the experience was positive. In addition to hearing some enlightening presentations by Aerospace leaders, Chinook’s efforts paid off by making several key contacts through virtual networking.

The video below was displayed in our virtual booth for visitors when they clicked the “Take a Virtual Tour” image above. The video serves as an introduction to Chinook’s mission, capabilities and accomplishments in the Aerospace field.