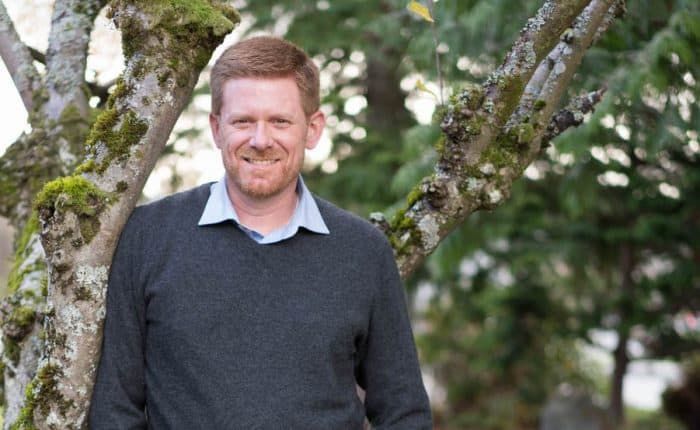 Chinook is starting 2019 with a healthy dose of change and excitement.

The same week we celebrated the retirement of CEO and founder, Rob Martin we also welcomed our new CEO and President, Steve Reed. “We couldn’t be more excited about our new CEO Steve Reed,” said Rob Martin. “We’re all looking forward to new opportunities with Steve at the helm.”

Reed brings with him an engineering and production background, which will be a great asset to Chinook’s manufacturing and assembly divisions. After earning a Masters degree from the University of Michigan in Biomedical Engineering specializing in Rehabilitation Engineering, Reed pursued a career in Rehab Engineering at the U-M Hospital in Ann Arbor, MI. “I wanted to build on my clinical internship to provide functional adaptations to technologies for people with severe disabilities.” During that period, Reed acquired a certification as an Assistive Technology Provider from the Rehab Engineering Society of North America (RESNA).

However, life had other plans for Reed, whose engineering talents in wheelchair seating opened doors into the automotive industry. There he enjoyed an 18-year career working for a company that designed and manufactured seats. Reed led the engineering of the Chrysler 3rd row Stow-n-Go, the Volkswagen Passat, global programs for Ford, and most recently the production of BMW X5 and X7. Reed’s job gave him the opportunity to travel the globe to build and train employees in complex seat design.

As a Focus Factory Manager in Spartanburg, SC, Reed led the launch and management of high-end production technologies and workflow efficiencies. “Helping people learn new skills and gain confidence in themselves and their careers was the best part of my job.”

In his new position as president and CEO of Chinook, Reed will combine his passion for helping people with his knowledge in product and new business development, manufacturing and assembly expertise. “I’m excited to explore new markets to continue our diversification and open more opportunities for people to work to their potential.” Chinook’s mission for “full participation” regardless of barriers is the daily reminder which Reed is carrying forward with a new vision.

Chinook’s Board of Directors selected Reed during an extensive national recruiting campaign that began last spring when Martin announced his retirement. “Steve has a big vision for Chinook,” remarked Marty Lehr, Board President, “We look forward to working with him to grow the legacy Rob started.”