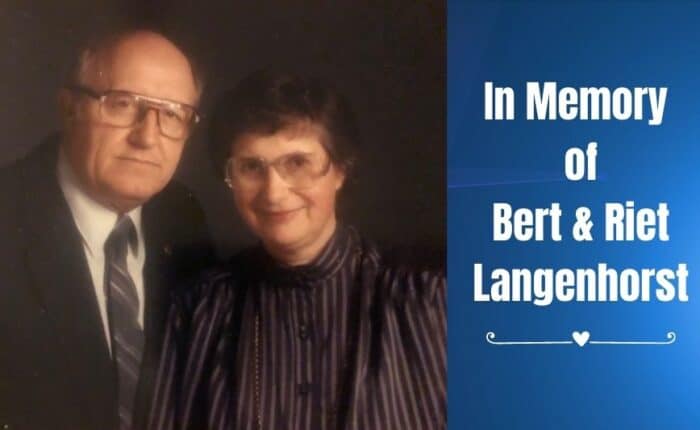 In the history of nearly every organization, there are people whose contributions make an impact long after they are gone.

Bert Langenhorst was such a person. Bert and his wife, Riet, both immigrants from the Netherlands, worked hard to build a successful life for themselves and their family.  They also felt it important to lend a helping hand to others through service to their community.

After retiring from his post as a top administrator in the Washington State Department of Social Security, Bert and his wife Riet moved to Mount Vernon. And while most people Bert’s age would have been winding down, fortunately for Chinook Enterprises, Bert caught his second wind.

That’s where this story begins.

Chinook was in its early years trying to survive as a non-profit social enterprise. “We experimented with many ventures, from making cutting boards to night janitorial work,” shared founder Rob Martin, “But what we needed was a way into the manufacturing industry. We knew it would be our answer to sustainability.”

At the time, Chinook had no meaningful manufacturing contacts, couldn’t afford much-needed equipment, and had only a few skilled production employees.

And then, like a cool summer breeze on a hot summer day, Bert walked in. Rob and Bert met through a mutual acquaintance with the understanding that Bert was looking for ‘something to do’ part-time.

Rob recalls meeting Bert. “His personality was larger than life. He was one of those guys who could remember the name of your kids and grandkids. He was a person who gave positive energy to every person he met.”

His personality was larger than life.

Bert’s outgoing nature and magnetic likability were the keys to opening doors with The Boeing Company the following year. Bert introduced himself to the 747 Factory Manager, and opportunities blossomed, which translated to jobs on Chinook’s production floor for people with disabilities and other barriers.

“Almost overnight everything changed,” recalled Rob. “We not only had work coming in, but we had support from Boeing staff and affiliates to train our employees.” 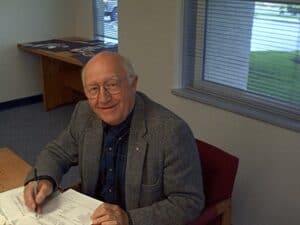 Under Bert’s steady guidance, Chinook significantly broadened its capabilities and manufacturing partnerships. Bert’s influence in those early days blazed the trail for Chinook continuing to be an award-winning supplier to the Boeing Company over 40 years later.

Bert continued working at Chinook for the following 12 years developing policies and procedures, networking, managing employees, collaborating with Boeing, and recruiting Board members, many of whom still serve today.

But as the saying goes, behind every great man, there is a great woman. Bert’s lovely wife Riet was fully supportive of her ‘retired’ husband taking on a part-time job in his golden years, during which Riet was equally busy making her indelible mark in the valley. Riet volunteered in many local organizations including her parish at Sacred Heart in LaConner.

While Bert passed many years ago, Riet passed in May of this year at 91.

Bert and Riet left this world as they lived in it—as givers. And their gifts continue in the form of a generous donation to honor Riet’s memory.

We are overwhelmed with gratitude and plan to put this gift to good use by adding mobile shelving, new drill presses and other equipment to refresh the space, creating more accessibility in our manufacturing department. The Langenhorst family believes the contribution will serve in this practical way to broaden our capacity to further our mission, for which we are thankful.