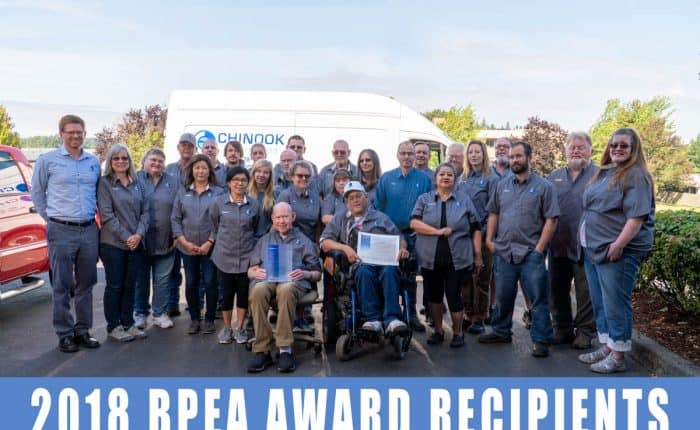 Chinook’s relationship with Boeing dates back to 1989 with the Boeing Offload Program. The program was designed to enable small community service and employment programs to provide goods and services to the Boeing Company at competitive rates. Two years later, in 1989, Boeing presented Chinook with its first official award for outstanding quality and on-time deliveries. The workload and product lines Chinook supplies to Boeing have increased exponentially over the years.

Once again, congratulations to our award-winning Production Team!